The 25th CinemAmbiente Festival ends at 8 pm this evening, Sunday, June 12, with the awards ceremony at the National Museum of Cinema – Mole Antonelliana.

The prize-winning films and others on the Festival program can be viewed free of charge online at the Festival website www.festivalcinemambiente.it on the OpenDDB platform (500 accesses per film) until 21 June.

A difficult topic made easy to understand: carbon tells its own story, guiding the viewer in exploring a basic element of life which today may also cause life’s  end. Science, poetry, and creativity conveyed in various narrative languages, plus a dose of humor, to make the invisible visible.

Together with his son, a researcher is determined to reproduce the conditions of the Pleistocene in a remore area of Siberia in an effort to counteract permafrost thaw. The viewer ultimately accepts the visionary folly as something that is not only possible but also necessary for raising wider interest in the dramatic effects of climate change.

We appreciated the ability of the narrative to destablise the viewer’s gaze, letting images rather than words tell the events. There’s wonder, poetry, and politics. An opening onto an animal world that makes us take account of the catastrophic effects of climate change. Research and experimentation coupled with an amazring technical rendering.

For the magnificent images through which the film tells the story of the disastrous environmental and social transformation of the Aral Sea. Its disappearance is interwoven with the lives of men and women who have lost their livelihood and now live on imaginary shores surrounded in a dusty, surreal atmosphere. The graphic style is sharp and light.

An expository documentary that takes a long journey from Sardinia to Veneto to Great Britain and makes a strong statement about an economy based on the ever faster production of consumer goods which places economic interests before the well-being of the community and the environment. A disturbing documentary that aims to raise awareness and collective activism for protecting health and the environment against irreparable damage. It is time to change course. Basically, we all consist of chemicals – natural chemicals.

Premio Casacomune founded by the Festival jointly with Casacomune, Scuola e Azioni awarded to a film or author that best reflects on spiritual topics in a dimension related to nature to which we belong.

Prizes awarded to personalities in cinema and other arts

Premio Stella della Mole founded by the National Museum of Cinema jointly with the Festival awarded in recognition of an artist whose cinematographic work treats the environment and nature to Franco Piavoli.

Premio Dalla Terra alla Terra offered by Biopack ($3000) awarded to a person or film that best illustrates issues related to the soil, its protection against pollution and climate change, and in support of sustainable food production to Vandana Shiva.

Premio Ciack verde founded by the Festival jointly with Legambiente awarded to a personality in cinema and Italian entertainment engaged in defense of the environment and who makes available his/her image and communicative capacity to raise awareness of the impact of climate change to Alessandro Gassmann.

Premio letterario La Ghianda founded by the Festival awarded to an actor or author who during his/her artistic career maintained a deep, personal relationship with the environment, landscapes, and nature to Antonella Anedda. 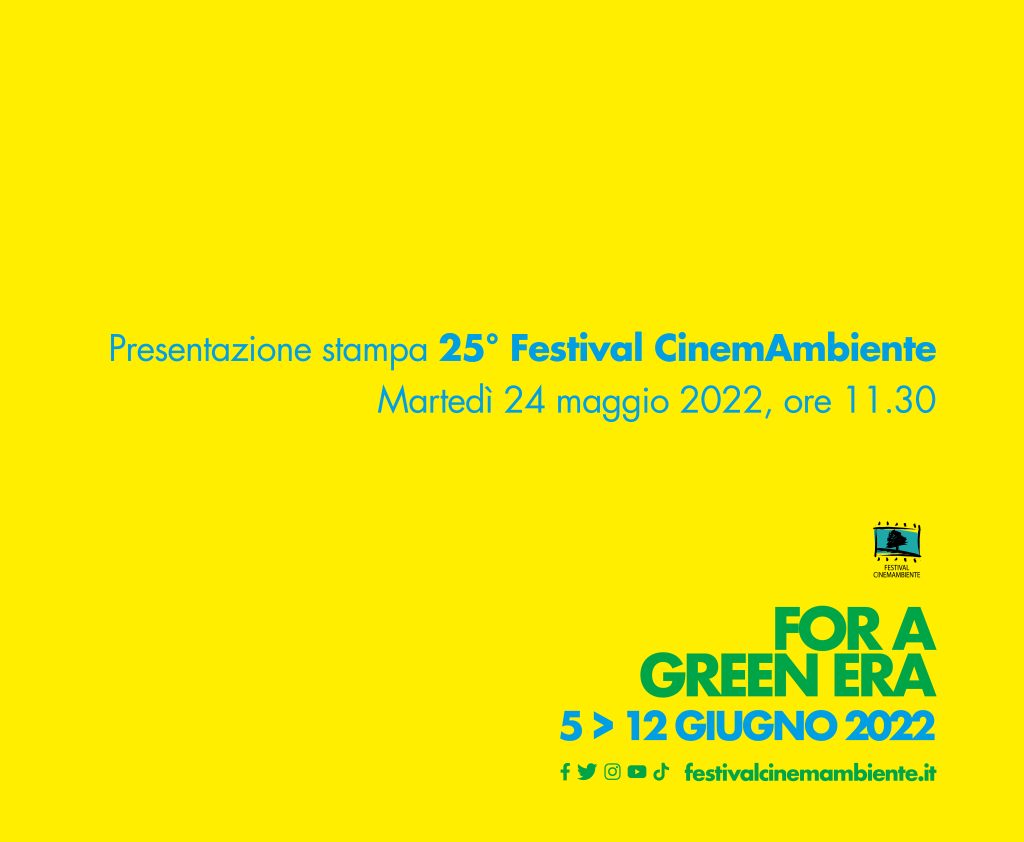 The dates of the 25th CinemAmbiente Festival